Ruminations on a Trip to Fenway

Here is a collection of thoughts recorded via my cellphone and pictures via camera during our trip into Fenway park last Thursday night, July 19, with comments added.  Think of it as a retro diary without the time stamps.  It should be noted that we went to Jerry Remy’s Grill on the Waterfront before the game: 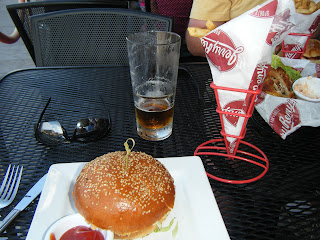 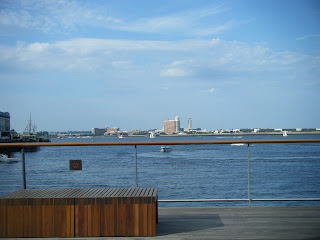 and strolled into our seats in the second row a paper-airplane flight away from Pesky’s Pole.  They were probably the second-best seats I had ever sat at in Fenway before, behind the time I went as a little kid and we sat in the first row along the third-base line in a game against the Indians: 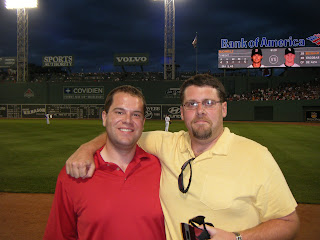 “As you walk into Fenway Park, there is an assault of noise, smell, and visuals” 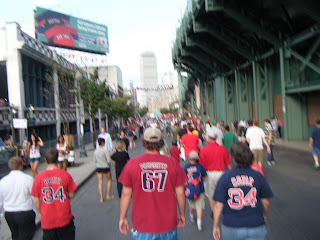 “Players can clearly hear the fans and they get on the players for every little thing.  Home field advantage.”
“Will Middlebrooks is the biggest dude on the field”
“Willie Middle and Ross have the sickest walk-up music”
“Bullpen personnel stand up on the fence”
“Everything about baseball is more impressive in person”
“Cody Ross doesn’t move an inch for a ball in right-center” 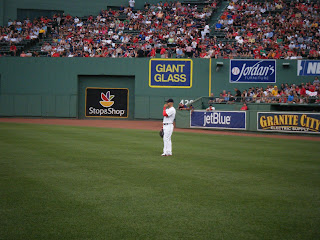 “The whole park smells like sausages.  And I love it”
“How does every screamer into the stands not concuss and break bones? How are we not carting people out of the stands in stretchers on the regular?”
“Youk isn’t in the lineup.  Bad cause we can’t see him.  Good because Escobar sucks.”
“Cheers far outweigh jeers for Crawford at Fenway”
“Fans in my section love Sweet Caroline”
“Rios heckles.  Love it.”
TEXT MESSAGE, 9:34pm: “we got empty seats over here if u wanna come watch the last inning & leave together.”
“Absolute pandemonium.  Diving from 7 seats away.  Screaming.  Thrusting arms.  Cody chant.”
“Jillian’s and memories”
Posted by Unknown at 5:46 PM